The ancient evil that destroyed Atlantis is stirring again, and only the six chosen mermaids can defeat it.

In Rogue Wave, the second book of the epic Waterfire Saga, Serfina and Neela find reserves of courage and cunning they didn’t know they possessed. They face down danger and death, only to endure a game-changing betrayal, as shocking as a rogue wave. 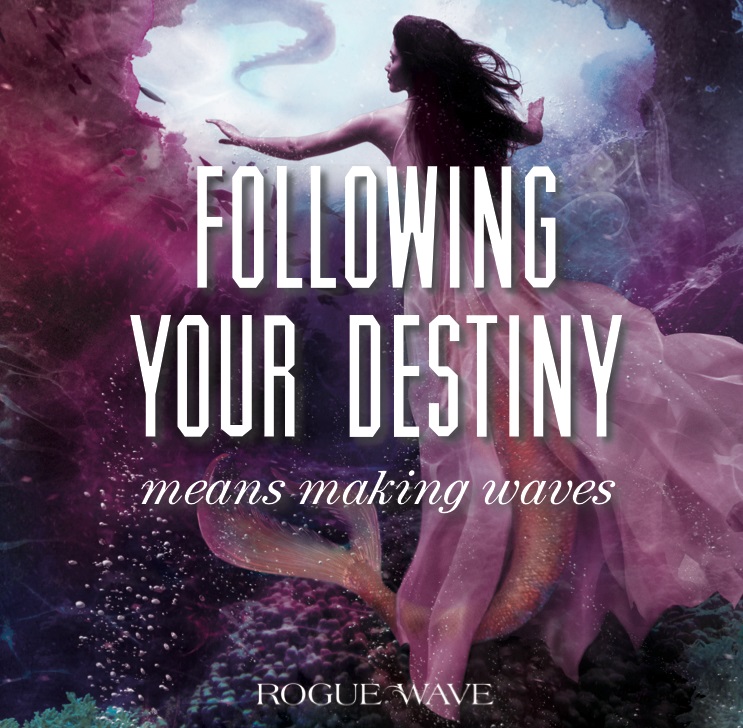 Serafina, Neela, Ling, Ava, Becca, and Astrid, six mermaids from realms scattered throughout the seas and freshwaters, were summoned by the leader of the river witches to learn an incredible truth: the mermaids are direct descendants of the Six Who Ruled—powerful mages who once governed the lost empire of Atlantis. The ancient evil that destroyed Atlantis is stirring again, and only the mermaids can defeat it. To do so, they need to find magical talismans that belonged to the Six.

Serafina  believes her talisman is submerged inside an old shipwreck. While researching its location, she  is almost discovered by a death rider patrol led by someone familiar….and the pain of seeing him turned traitor is devastating.

Neela travels to Matali to warn her parents of the grave threat facing their world. But they find her story outlandish: a sign that she needs to be confined to her chamber for rest and recovery. She escapes and travels to Kandina, where her talisman is in the possession of the fearsome razormouth dragons.

As they hunt for their talismans, both Serfina and Neela find reserves of courage and cunning they didn’t know they possessed. They face down danger and death, only to endure a game-changing betrayal, as shocking as a rogue wave. 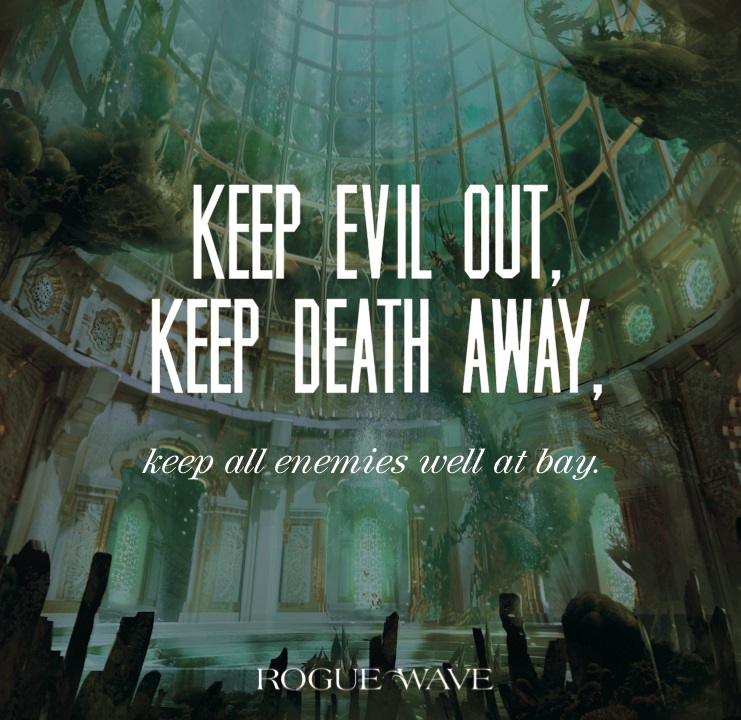 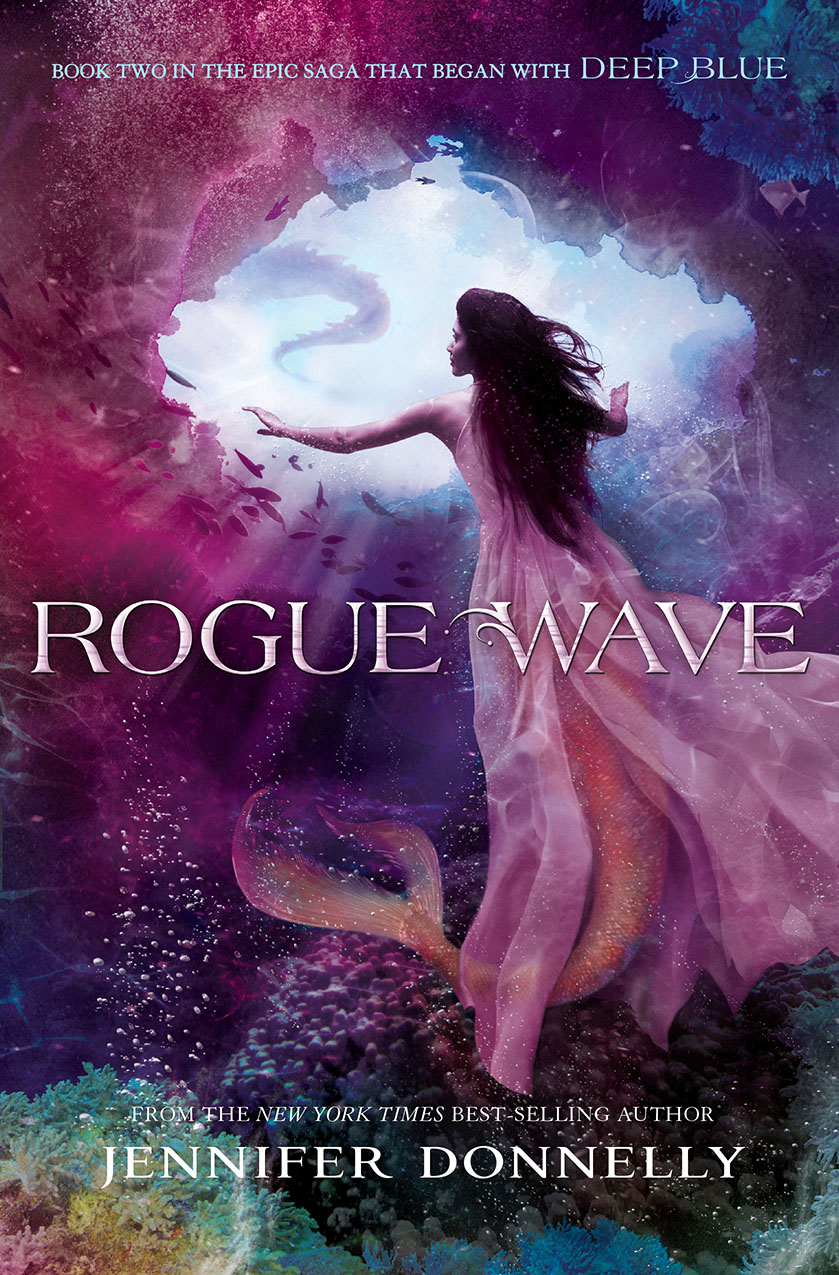 In ROGUE WAVE, Serafina takes a big risk. She travels to the forbidden ruins of Atlantis to try to find out what the six talismans are, and where they might be hidden.

Atlantis lies within the Barrens of Thira – home to the bloodthirsty Opafago cannibals. Sera knows she will have to be quick and careful while in the ruins to avoid detection.

The myth of Atlantis was a huge inspiration behind the entire Waterfire Saga, and comes into play in a big way in ROGUE WAVE.

I’ve always loved the idea of a lost, underwater world, and as I researched the myth, I learned that Atlantis may not be a myth after all.

In his fascinating book, The Lost Empire of Atlantis, author Gavin Menzies argues that Atlantis did exist – and was part of the advanced and sophisticated Minoan civilization which stretched from the Mediterranean Sea to England, India and even America. IN 1500 BC, a supervolcano beneath the island of Santorini exploded with apocalyptic force, dealing a death blow to the Minoan civilization.

As Menzies writes at the end of his book:

To me, the story of the Minoans – and as I now realized, that of the people of Atlantis – is truly one of wonder. But it is not one of fantasy. This was no underwater daydream. Yes, this was a society lost to history. But it was not a lost race of miraculous beings with fantastical powers. It was a real place of real achievement, where lived a people whose brilliance and resourcefulness resounds through the centuries. Atlantis was not one place, but an empire of many places – and empire that reached out across the world, bringing a magical new technology with it. This is a tale that tells us one thing: that the history of this world is far more fascinating, complex and indeed more beautiful than we could ever imagine.

The Atlantis in the world of my Waterfire Saga is a single island, not a far-reaching civilization and it is a place populated by beings with fantastical powers: the Six Who Ruled. I loved imagining how Elysia, the ruined capital city looked, and I especially loved Sera’s reaction to seeing it for the first time. (After all, she is, like me, a student of history!)

I hope you love ROGUE WAVE’s Atlantis, too – but watch out for the Temple of Morsa, a cracked mirror, and a couple of creatures with very big teeth!

View an Excerpt from ROGUE WAVE:

Buy Rogue Wave at Amazon.com, Barnes and Noble, or your local independent bookstore.