Orfeo has waited thousands of years for his time to come. Soon his descendant, Astrid, a mermaid fierce and true, will join him at Shadow Manse, his stronghold. Will she succeed in taking his powerful talisman, a black pearl? Or will he succeed in persuading her to accept her birthright, and turn against her friends?

The fate of the underwater world is at stake in this breathtaking finale of the WaterFire Saga!

Ava is tracking another talisman in the swamps of the Mississippi. To get it she will have to face down the murderous Okwa Naholo spirits. For once, her unseeing eyes might be an advantage, because no mer who looks upon the creatures lives to tell the tale.

Serafina, Becca, Ling, and Neela are in the Kargjord with the rest of the Black Fin resistance and goblin troops, preparing for war on two fronts. Will Sera ever see her beloved home – and her beloved Mahdi – again, or will the Volneros take over the mer realms while Orfeo takes on the gods themselves?

One of the biggest inspirations for SEA SPELL, and all the Waterfire books, was the sea itself, and its gorgeous and amazing creatures.

A fictional world is created through imagination, of course. What makes books like Hunger Games or Harry Potter great? The fact that you can totally step into the world the author created. It takes a lot of imagination to do that. And one way to feed your imagination is to do research.

For the Waterfire Saga, I read lots of books on marine creatures and environments, including one incredible book called THE DEEP by Claire Nouvian. It features photography of deep sea creatures. It was so inspiring to me that I have to share a few shots from it with you because I love the creatures in it so much. 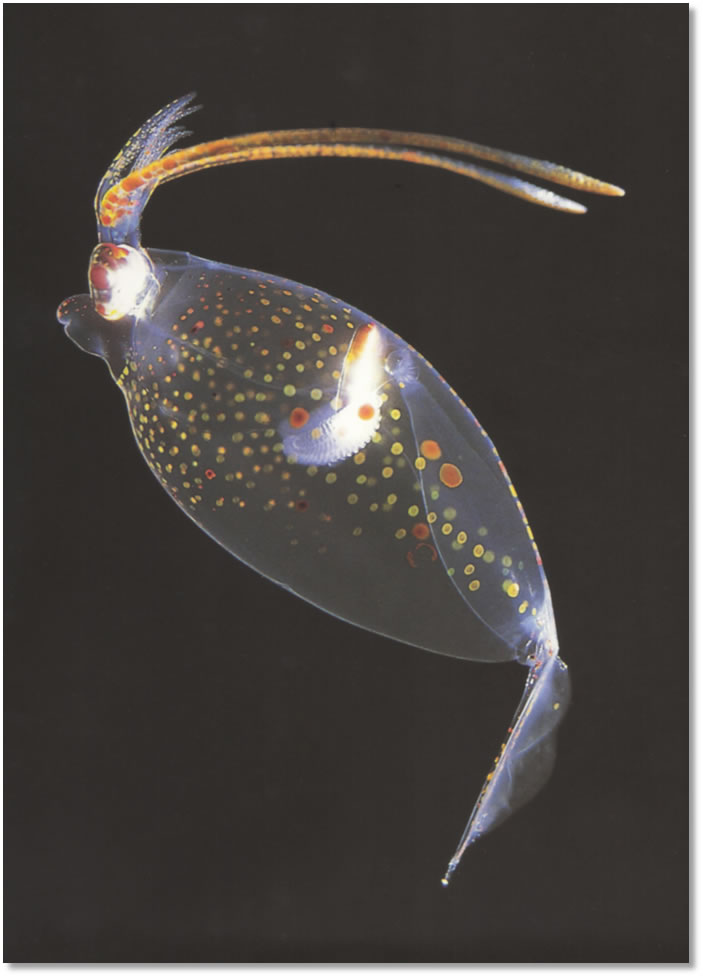 This guy lives 1400 meters below the surface of the sea. He’s a bioluminescent – which means his body contains photocytes – cells that emit a bluish glow. He was a big inspiration for Neela. 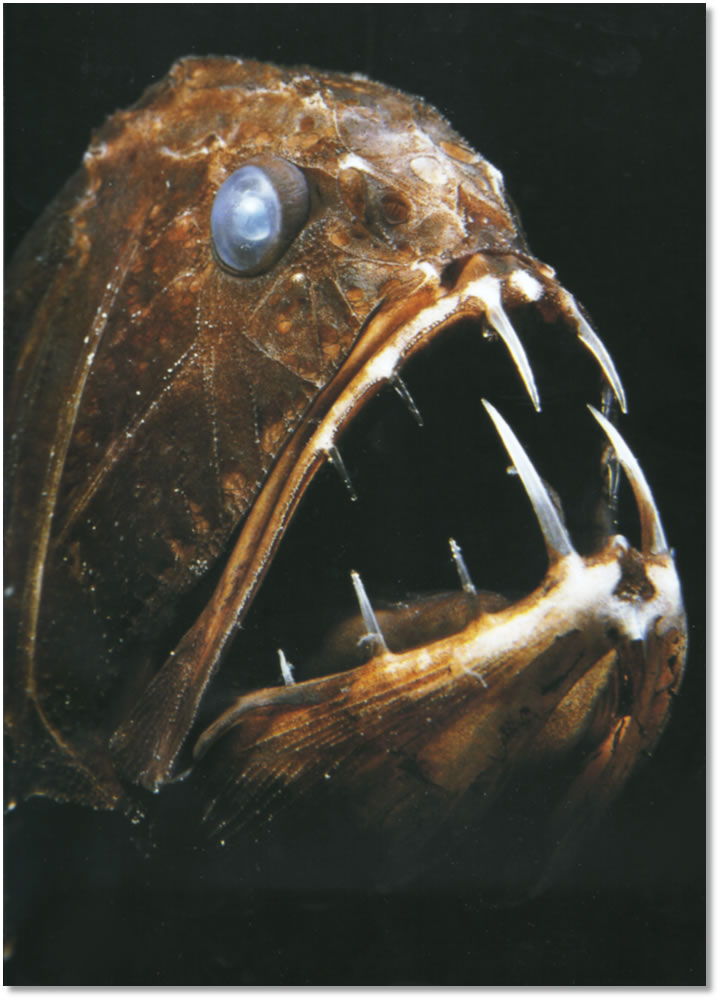 This awesome fangtooth, who’s found at 5,000 meters below the surface, can’t see, but he can feel what’s around him using the sensory canals on his skin. He helped me create Ava. She’s blind, but she has this incredible ability to feel things, to sense what’s coming. 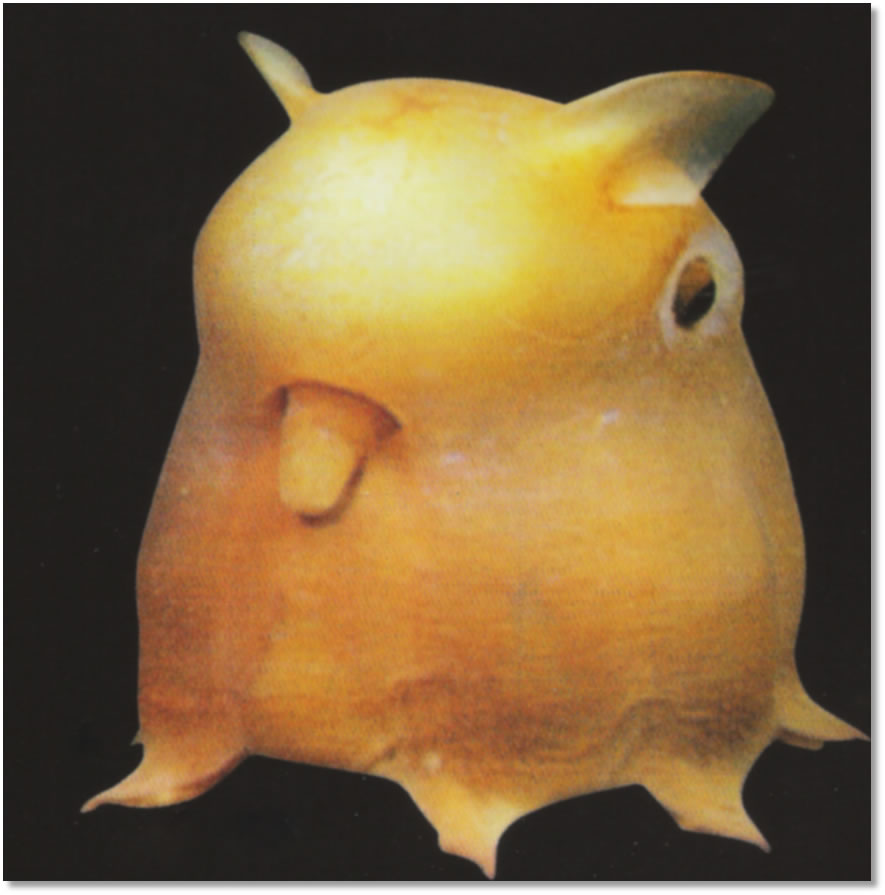 Scientists say not much is known about this little guy, but come on….I know all I have to know just by looking at him. He’s a total joker. One of these octos appears as Opie in SEA SPELL. 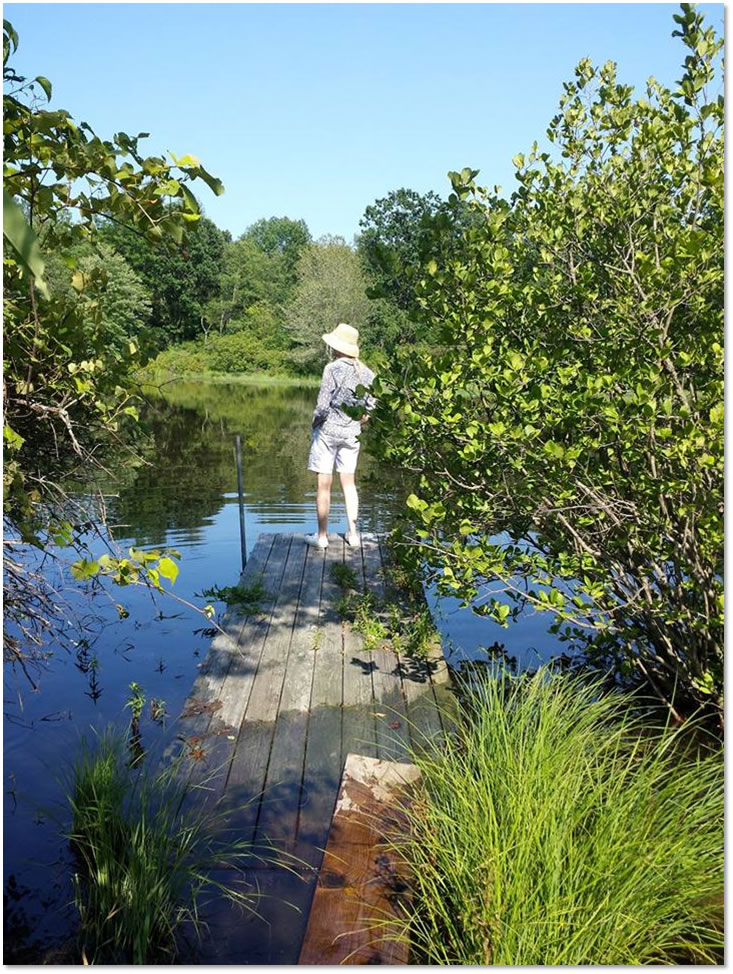 I read a lot for my research, but I also go to the world I’m trying to write about – be it a pond, lake, river, or beach—and get nose to nose with what I’m writing about. This is me at a friend’s pond. That day, I found the biggest clutch of frog’s eggs I’ve ever seen, watched fish swim, and dragonflies fly. I listened to bullfrogs call, and breathed in that wonderful, muddy pond smell.

What usually happens to me, is that I’ll see all these wonderful things – and then stow them away in my brain. 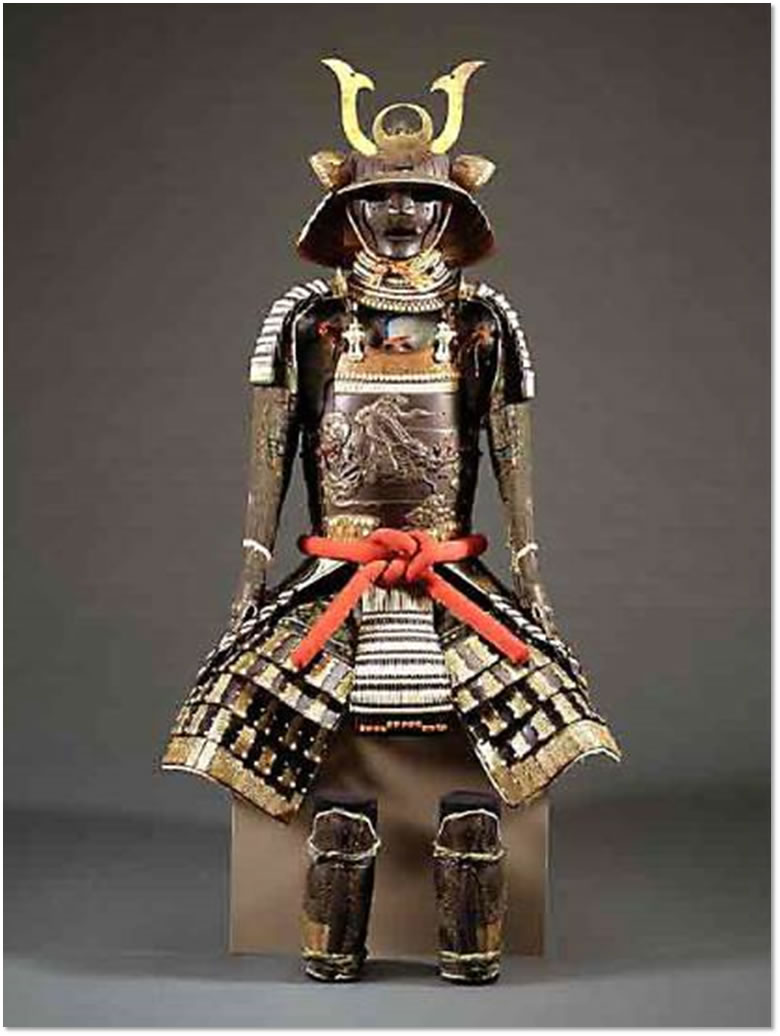 I saw suits of armor for people in several museums I visited. And I stowed the images away. Especially this samurai’s helmet. I really held onto that. And it really came in handy. Because later, when I was walking along the beach at Cumberland Island, near Florida, I came across the carapace of a horseshoe crab… 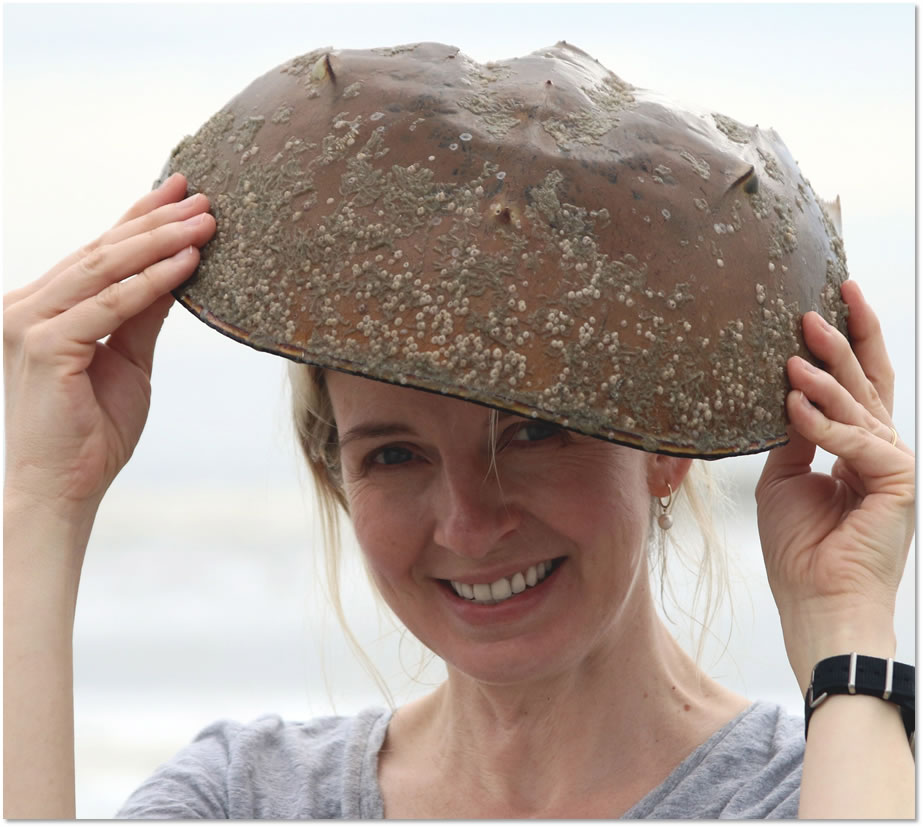 ….and boom, I knew what my mer soldiers would be wearing on their heads.

BUY SEA SPELL AT AMAZON.COM, BARNES AND NOBLE, OR YOUR LOCAL INDEPENDENT BOOKSTORE.